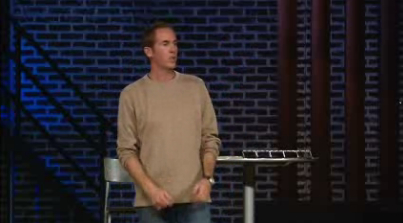 Christian Leaders like Andy Stanley inspire others with messages of God’s love.

Good news: Christians have made their voice heard in the social media arena and Twitter officials have taken notice…

Christian leaders inspire with messages of God’s love through tweets on Twitter. An article by Amy O’Leary, published in the New York Times technology section yesterday revealed some interesting statistics discovered by the Twitter staff.

Christian leaders such as Max Lucado, Joyce Meyer, Joel Osteen, Andy Stanley, and T.D. Jakes, not only have devoted followers…

but they tend to have more engaged followers compared to pop culture celebrities.

When the Twitter staff, about 10 months ago, decided to research why some tweets were so popular and went viral, they discovered some influential leaders who were “not so well known” in their circle, but were actually “very well known” in the lives of many others.

Read this encouraging article, and the statistics they report, here at the NY Times:
Source

Christian leaders inspire with messages of God’s love all the time and I think it is great they are using today’s social media technology to extend their reach. The media should be used in a positive way, and clearly people are hungry for inspiration and encouragement, and ready to pass around those positive messages of God’s love with others.